Hi! I'm Elyssa Mountain – come fulfill all of your wanderlust desires as I share my inspirational experiences, stunning photos, and helpful tips from around the globe

The main holiday that we missed at home was Thanksgiving. For the entire semester leading up to it, we tried to think of a way to celebrate so we weren’t too upset about not being with our families. My mom ended up doing some research because she felt bad that we couldn’t be home, and found a Thanksgiving buffet at a place called Brewerkz in Clark Quay. So on Thanksgiving, we started the day by watching Planes, Trains, and Automobiles (yes, this is a Thanksgiving movie) and then headed over to the feast! It was actually a lot of fun. We loaded up our plates, sat together at the table, and went around in a circle to say what we were thankful for. Of course I got all sentimental, because I’m so thankful for all of the people who were there with me. They’ve been through so much with me, highs and lows, and stuck by me through it all, which means a lot to me. Not to mention, the food was fantastic as well! My favorites were the stuffing, potatoes, and cranberry sauce. But the feast also had all of the other main players – turkey, corn, green beans, and pumpkin pie! We stayed and talked for hours. Then, once we were done stuffing our faces and out of our semi-food coma, we headed back to our rooms to stream the parade! Because of the time difference, we watched the parade from 10pm – 1am. We also each FaceTimed with our families from home. It wasn’t a traditional Thanksgiving, but it was a good one. 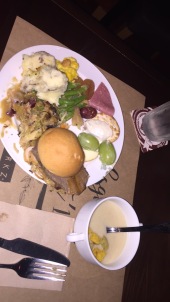 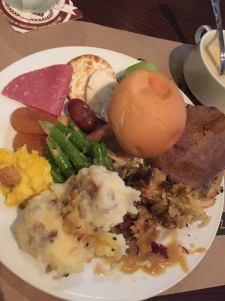 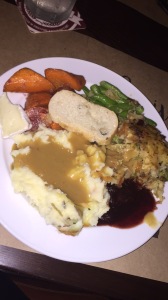 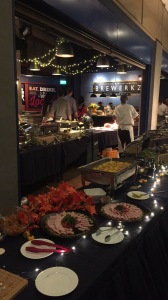 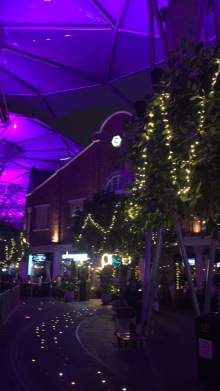 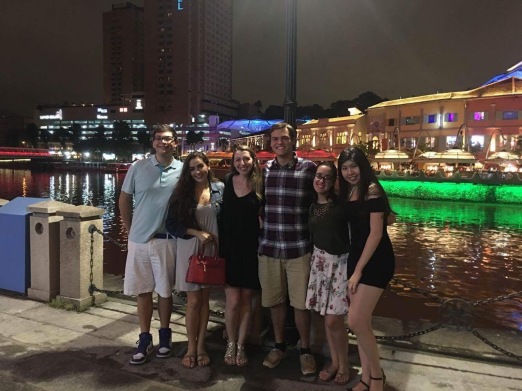 The Saturday after Thanksgiving was the end of year D & D (dinner and dance)! It was a whole day event, for me and Katie at least. We went to meet Natasha at her hotel room to get ready. It was the hottest day ever; on the weather app it said with humidity it felt like 105 degrees. Luckily we left plenty of time. I love the methodical process of getting ready, doing my makeup and hair, and I prefer to spend hours doing it if possible, before a special event. So there were several of us in the room getting ready, some of Natasha’s friends were even dying their hair before the event. Very bold! So once we were ready we headed over to the Grand Mercure Singapore Roxy. The theme was “starry starry night” so naturally Katie and I had very sparkly dresses on. We were the stars. 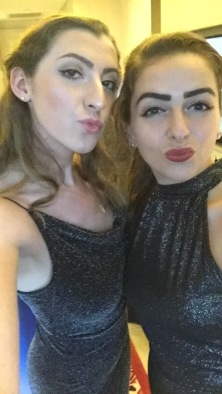 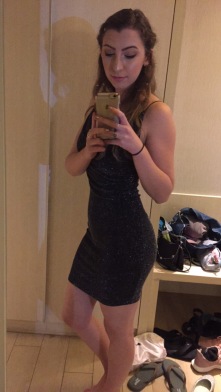 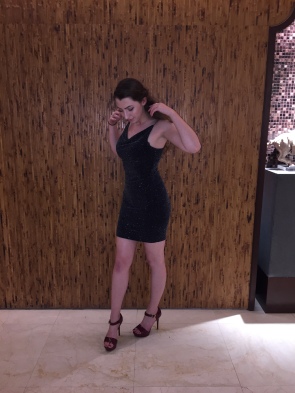 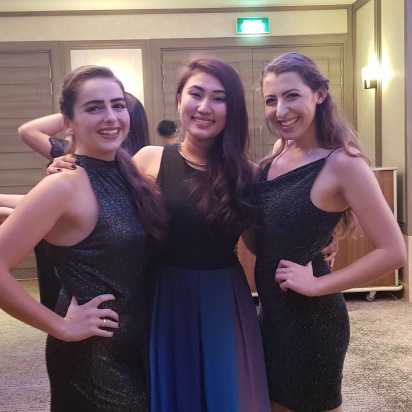 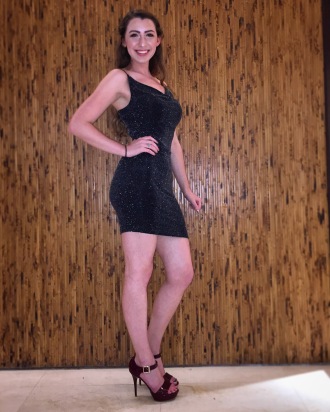 The night was not what I was expecting at all! When I hear dinner and dance, I think we’ll eat dinner and then take on the dance floor. Not so. There was a dinner; a very interesting combination of Asian foods and stews of various textures and consistencies. During which, there was a fascinating string of events on stage, such as a competition for “Mr. and Ms. UBae,” a comedian, group performances, and a riddled scavenger hunt. The highlight of the event was when Katie won a free stay at the hotel for 2, and asked if I’d accompany her! At the end of the night, there was NO dancing. Such a disappointment. I was waiting all night to break out my expert cha cha slide moves. I had bragged about them to all of my friends, and then I didn’t even get the chance to show them off. Since we were all in the dancing mood, we headed over to our favorite place, Clarke Quay, instead. Spent the night singing and dancing in The Warehouse, complete with frozen margaritas and a beer tower. I felt on top of the world that entire evening. The best moment of the night was singing Bohemian Rhapsody almost as loud as the live band. Is this the real life? Is this just fantasy? 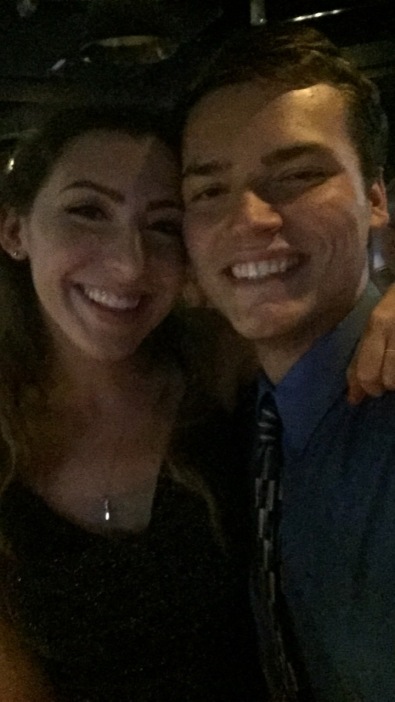 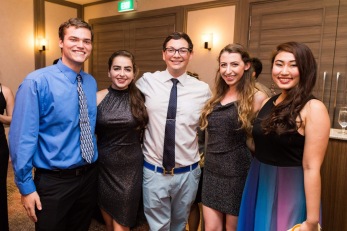 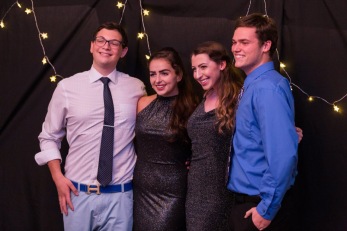 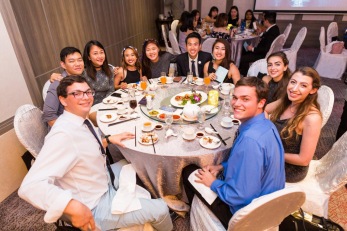 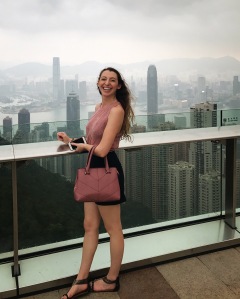 Well hello there! I’m Elyssa Mountain, an average gal with an unshakable habit of travelling the globe. So far I’ve seen 23 countries and 5/7 continents – but that’s not nearly enough! There’s so much more to see. Come join me and discover all the wonders this planet has to offer.